Dressing Up for a New Generation

For years, Halloween and the occasional masquerade party seemed the only good reason (read: excuse) to dress up in costume. Bucking those long-standing traditions is the trend of costume playing, “cosplay” for short.

Cosplay has become a growing subculture within pop culture. Thousands of people are taking the time and effort of building, crafting and purchasing costumes to wear at the increasing number of expos and conventions worldwide, which embrace this new concept with open arms. Dressing up as their favorite characters from the worlds of anime, video games, comic books or manga (Japanese comics) has not only become a passion for many of these “cosplayers” but a way to pay tribute to the things they love as well. So what is the inspiration to dress up as their heroes and live out their costumed fantasies?

For Jay Bartlett, star of the 2015 hit documentary “Nintendo Quest,” the journey to becoming one of the leading cosplayers in Canada, like many others, originated from a love for a pop culture staple (in his case “Star Wars”) that has been beloved since youth.

“I remember when I was a kid…there was a ‘Darth Vader’ (appearing at a local Simpson’s department store) appearing there… and I was absolutely terrified,” Bartlett said. “My grandma took me up to him and he shook my hand and all of the sudden I was connected to that world. It’s something that I never forgot so if I could do that for kids today, that’s the reward I have; that’s why I do it.”

And even though the costs can add up (into the thousands of dollars for both his costumes, Bartlett admitted), both the support he gets from his family and the numerous requests he gets for photographs and interactions with kids make it all the worth while.

A trip to the recent LvL Up Expo in Las Vegas, Nev. yielded more information on this fast-growing phenomenon. Like cosplay itself, the expo has grown significantly in during the past few years, with many of its attendees lining the aisles and halls wearing their latest creations. This particular expo, unlike other “cons” and special events, has a decidedly anime and manga theme as a majority of those in costume pay tribute to this staple of Japanese culture.

Speaking to Delaney, 20, a new cosplayer to the scene this year stated that she “always enjoyed Halloween.”

“When I got started with anime I (thought) it would be cool to dress up on Halloween,” she said. “Then I heard of conventions and I decided I wanted to start going and dressing up.”

For Collete, 26, it was something just as personal.

“When I was in middle school, I really loved anime,” she said. “After a (movie) screening there was a convention (involving) dressing up and I wanted to as well because I love the characters and I have always been really ‘artsy’. So it’s a good way to show my art off on myself and I have always loved it.”

Candy, 26, who has been a cosplayer since 2011, finds her inspiration for what she does being as simple as “mainly just to meet people, make friends.”

She also agreed with the assessment on how quickly the cosplay scene has evolved.

Her participation in up to eight cosplay events per year backs that up.

For the vast number of growing cosplayers around the world who pay tribute to their favorite superhero, video game icon or anime character, the movement beyond just dressing up in costume for Halloween is just beginning. 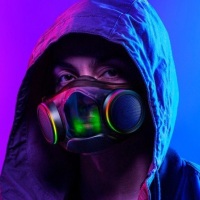