Gears of War 4 Review (Xbox One)

When Gears of War 3 ended, it did a better job than most when it comes to closing the door on a beloved franchise. Though the last few chapters were confusing, and it had no shortage of frustrating moments, Epic games did a solid job raising the standard one game after another. In fact, Gears of War 3 ended on such a great note, that many gamers, though hopeful, weren’t exactly expecting another entry in the franchise. However, like all things that make money, Microsoft wasn’t going to let Marcus Fenix retire quietly.

Two years after the release of Gears of War 3 and three months before the release of the next generation X-box, Epic Games and People Can Fly Studios decided to revisit the franchise by pulling one of those stunts that Hollywood has become famous for, they decided the make a prequel. Nothing says “Show us something we haven’t seen before” quite like backtracking through a story people weren’t exactly in a hurry to revisit. Nevertheless it still sold over a million copies in its first few months on the market. While the campaign received lackluster reviews, the multiplayer was praiseworthy. Despite that, after the release of Gears of War: Judgement, Epic games decided to part with their beloved franchise in preference to games that people don’t exactly like to play. 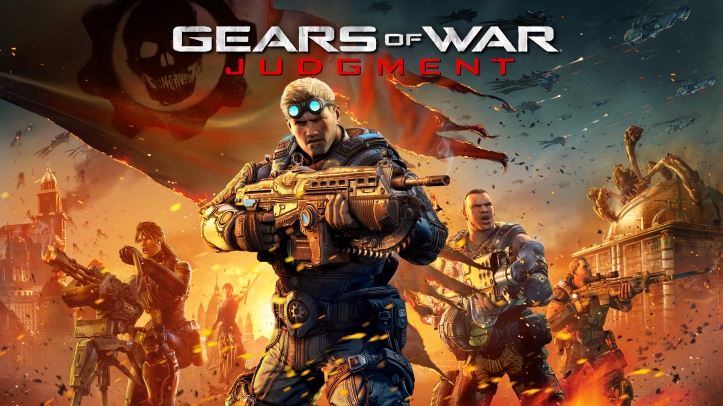 Alas, the Gears of War franchise was laid to rest, or so people thought. After being passed around by a couple of developers, it landed in the capable hands The Coalition, who not only re-mastered the original Gears of War for next-gen consoles, they promised gamers an entirely new entry in the franchise, one that wouldn’t backtrack, but would instead move it forward. And after playing Gears of War 4, it’s safe to say that the future of everybody’s favorite lancer-wielding smart asses looks promising.

Gears of War 4 picks up 25 years after the Emulsion Countermeasure weapon wiped out the Locusts and saved the people of the planet Sera. Unfortunately, it also wiped out all fossil fuels on the planet and created some crazy weather problems in the form of “wind flares,” which are powerful winds that electrocute the crap out of you if you get caught in one. Knowing these things, the state of mankind is a bit more primitive when the game opens up. Two different factions fight for control over Sera, the COG and those who disagree with the COG, also known as “Outsiders.” While the COG, under the command of a woman who has not only declared martial law, but also bears a striking resemblance to Hillary Clinton, hunts down J.D. Fenix and his friends for stealing a fabricator from a COG settlement, a new threat is brewing beneath the surface of Sera, one that doesn’t care about the difference between the COG and Outsiders. 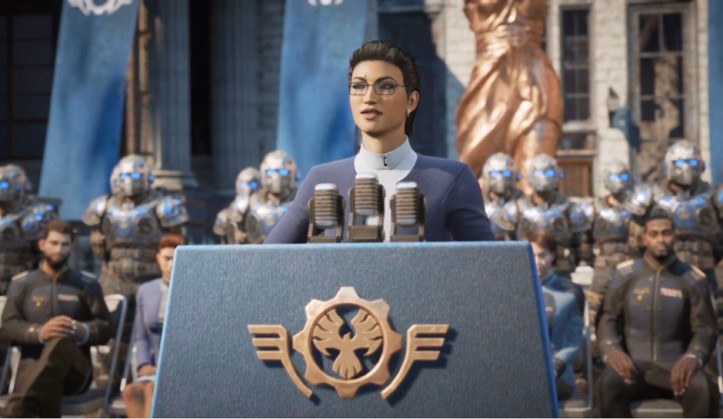 Through all five acts you play as J.D. Fenix, the son of war hero Marcus Fenix. If you’re playing cooperative mode or by yourself, you’re accompanied by Delmont “Del” Walker, Kait Diaz, and Marcus Fenix himself. What makes the game particularly enjoyable is the dialogue between the characters, especially J.D. and Marcus, who don’t exactly have a typical father-son relationship. Marcus told J.D. not to join the COG, and J.D. did anyways, and now that he’s abandoned the COG, there’s no shortage of “I told you so” banter from Marcus. On top of that, there are even appearances from Baird, Cole and Carmichael (who as expected, dies). While the cut scenes are beautiful, it’s the gameplay that really sets the standard. In typical Gears of War fashion, you shoot your way from one act to the next, fighting robots, swarm (newly evolved locusts) and sometimes both at the same time. If you can see strategic cover, chances are you’re going to need some ammo. And when the fight gets too large, they throw you a bone in the form loaders and giant mech suits, which let you smash your way through the swarm and right into enemy territory.

But let’s take a moment to talk about the multi-player. This game takes everything that was both great and not-so-great about the multiplayer from Gears of War 3 and puts it on steroids, making it feel a lot faster and a lot smoother than its predecessors. It breathes new life into classic game modes like Team Deathmatch and King of the Hill and also throws in some new ones like Arms Race and Dodgeball. And that’s not even the best part. Gears of War 4 brought back horde mode with Horde 3.0, which has all of the fun of the original version but with more challenging enemies and new ways to kill them with your friends.

Just like Star Wars did with The Force Awakens, Gears of War 4 seeks to sort of pass the baton to a younger generation of heroes and fans. While Marcus, Baird and Cole all got their moments in this game, because of how old they are and the fact that there are two more games in this new trilogy, their chances of survival about 50/50. It’s possible we might be getting another emotional gut punch like the one we received when Dom died. However, as the first installment of this new series, Gears of War 4 is a fantastic game for those who already fans and the perfect place to jump on for those that are new. It’s safe to say that this franchise is in good hands. 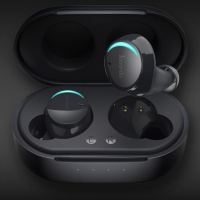