The Curious Case of Colin Moriarty

In the era of the Internet, the world has changed dramatically. We don’t have to read books, or walk out the front door to see the world outside, or even talk to other people with our mouths. After all, why take the time when we can do all of those things through the computer we all carry around in our pockets? The world is literally in the palm of our hands. And while modern technology has certainly brought about several great – and some would argue – life changing things, it’s also created its fair share of problems, especially in the realm of information spreading and social awareness, kick starting a movement of microaggressions, hurt feelings, false news, and tiresome political debates where both sides have their heads shoved so far up their backsides all they can see is the illogical stew inside their own minds.

A great man once said, “With great power, comes great responsibility.” While you might not be dealing with a loved one who has just been bitten by a radioactive spider and can now lift a dump truck, the saying still has a lot of relevance. Take social media for example. We now have the ability to pretty much say anything we want to anybody we want without having to worry about the consequences. All we have to do is put it into a witty status update, add a few hashtags and click “post.” Then we sit back and wait for the Internet to feed our vanity with likes, replies, subscriptions and retweets. Suddenly, we’re not just people sitting behind our computers, we’re celebrities, exercising our own self-importance, and because we now have an audience or “following” if you will, anybody who disagrees with anything we say is now a sworn enemy who we must destroy with our keyboards and grind them into cyber dust. Or at least that seems to be the mindset of most millennials, bloggers, content creators, journalists . . . the list goes on. The point is, our inability to see the views of other people has reached a point where it actually has the potential to destroy lives. Then again, as demonstrated by Colin Moriarty, it’s all in how you define “destroy.” After all, sometimes you have to destroy things so other things can be built . . . or let the Internet hate machine and its army of trolls do it for you. 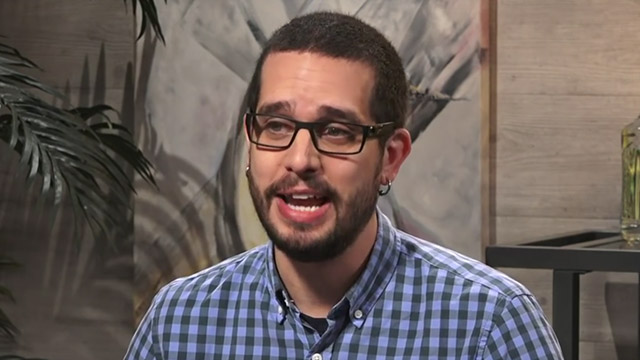 For those of you who are unfamiliar with Colin Moriarty, he’s a videogame journalist who got his start writing strategy guides on GameFAQs forums and doing freelance for IGN. He’s actually one of the only people in IGN’s history to ever get hired for a position without actually applying. If you follow IGN or have ever applied for a job there, you’ll know that’s a nearly impossible feat. After leaving IGN and starting a crowd funded venture called Kinda Funny, alongside fellow and former IGN editors and producers Greg Miller, Nick Scarpino and Tim Gettys he began to attempt the ever dangerous act of balancing the podcasts and video content fans expected from him with his true passion for history and politics, and for a while, he successfully navigated those treacherous waters, that is until he hit the ice-berg known as Twitter. Even worse, he decided to post this particular tweet on A Day Without a Woman.

He followed that up with a response to somebody about what his girlfriend thought about what he’d just said.

As you can see, it wasn’t particularly funny, or original even. However, following that Tweet, Colin’s career began to capsize, or at least that’s how it was made to look in the media. The politically correct witch hunt commenced and Colin Moriarty resigned. Here are some of the headlines. The International Business Times said, “Kinda Funny’s Colin Moriarty Resigns After Targeting Women In Racist Joke; Insists It’s His Personal Decision.” Wait, racist? How exactly was this racist? Polygon had this to say, “Kinda Funny co-founder Colin Moriarty Quits In Wake of Sexist Tweet.” Kotaku said, “Kinda Funny Co-Founder Colin Moriarty Leaves YouTube After Controversial Joke.” The headlines go on and the articles become more ridiculous the more you read. Was the tweet offensive? Well that depends on how you define offensive. Much like the words equality, racism, feminism, constitution, and even democrat and republican, the definition of “offensive” is irrelevant because it’s constantly being changed to suit the need of the person using it. He should have had a little more common sense than to post it, but it was hardly controversial or even worth the headlines. In fact, it almost feels like he was targeted. After all, beyond Kotaku, Polygon and IGN, many of the publications that wrote articles about him weren’t even gaming related, and those that were, don’t really have a right to accuse him of doing anything “offensive.” They make a living off of critiquing simulated death, sex, and violence. And the guys at Kinda Funny talk about things that are far more offensive. They even have slogans that joke about oral sex. The hypocrisy in this whole situation is more than apparent.

At the moment, nobody really knows what went on behind the scenes at Kinda Funny or the events outside of the tweet that led to Colin’s departure. The leading theories (or conspiracies) at the moment revolve around Rooster Teeth, who has been plenty vocal about their political stance and disdain for Colin’s more conservative-leaning ideals, threatening their partnership. Some people think that there was a feud between him and Kinda Funny co-founder Tim Gettys, whose response to the tweet stirred the pot a little, and others just think he was ready to spread his wings and move his career beyond videogames, which seems to be the narrative both him and the rest of the guys at Kinda Funny are going with.

The Monday after it happened, Colin issued this statement, “It’s with a heavy heart and great sadness that I announce my resignation from Kina Funny, effective immediately. Opportunities are already popping up for me, bringing me in a new, different, and exciting direction. Obviously, you haven’t seen or heard the last of me. Far from it.” 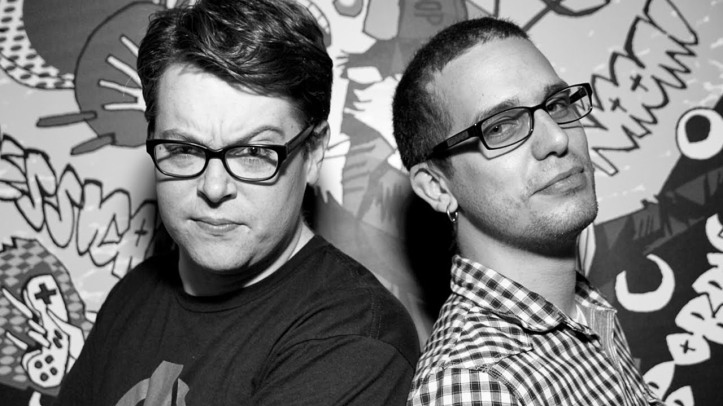 Fellow Kinda Funny founder and Moriarty’s roommate, Greg Miller shed some more light on the topic during the Kinda Funny Morning Show that day saying, “We’re super sad. We had a long conversation today. The long and short of it is, we’ve been moving in two directions for a long time. There’s no hurt feelings; we’re not mad at him, he’s not mad at us. We’re just going in two completely opposite directions in terms of what we want to do and that’s OK.” He also went on to say, “The tweet and the whole exchange last week, while upsetting, obviously, is not because of that. That is a symptom, if not the most public expression, that there was something happening in terms of us growing apart.” 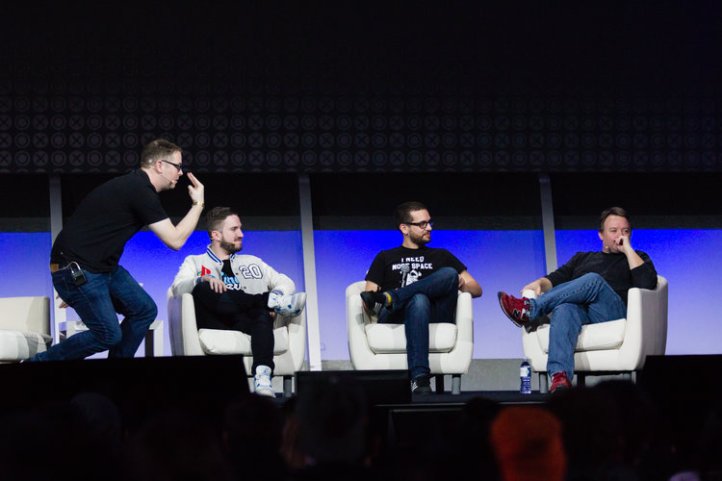 There’s no word yet on what will happen to Colin’s podcasts on Kinda Funny. They obviously won’t continue Colin Was Right, but P.S. I Love You XOXO has become one of Kinda Funny’s most viewed/listened to shows alongside Games Over Greggy. Fans are and will continue to fight over what exactly happened to Mr. Moriarty for years to come. Some have even revoked their Patreon funding from Kinda Funny and have given it to Colin’s new project, Colin’s Last Stand, which will premiere on YouTube in April and had already earned over $15,000 on Patreon after being live for less than two hours, showing that Colin’s demise has been greatly exaggerated.

Many people have probably scrolled past this whole situation, whether they found it on their newsfeeds or in the headlines on Yahoo or Google, but it’s actually far more significant than you might think. This is the first time somebody in the “spotlight” has said something that’s upset people of a certain political leaning and not apologized for it. And while YouTube personalities have made their fair share of waves recently, PewDiePie and JonTron to name a couple, at what point are we going to shut up and allow somebody else to have a conflicting opinion without trying to ruin them? Then there’s the more ironic part about all of this. You can deny it all you want, but people really are exhausted at the idea of having to censor themselves or having to be politically correct all the time. There are some places you shouldn’t go, but these endless witch hunts don’t work. The fact that Donald Trump, of all people, is now the President of the United States is proof of that. Need more evidence? After Colin Moriarity’s resignation from Kinda Funny, he suddenly had far more spotlight than he’d ever had before. He was on the Glenn Beck Show, The Reuben Report, and he’s set to appear on the Joe Rogan Show tomorrow. News publications that had no idea he existed were suddenly writing about him. And his Patreon page has 5,893 patrons, giving him $38,752 a month. If you need to compare that to something, Kinda Funny has just over 8,000 patrons and is earning about $26,000 a month. Point being that YouTubers, journalists, bloggers, all of these people set out to crush Colin Moriarty and all they really did was turn him into a modern phoenix metaphor. 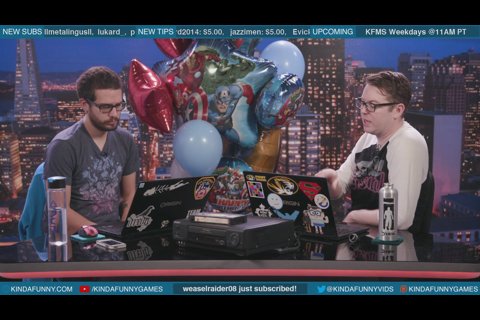 Does this mean you should stop listening to Kinda Funny? No, absolutely not. If you’re like me, you grew up reading and listening to Greg Miller’s and Colin Moriarty’s thoughts on video games. And if you watched the Kinda Funny Morning Show the day they made the announcement, you can tell they were genuinely sad about what happened. As fans you’ll have to just take their word on it and come to terms with the idea that we might never actually know what went on behind the scenes or what unknown circumstances led Colin to leave or Greg, Tim, and Nick not to fight for him. Making a living off of the Internet isn’t easy, especially in this climate where people would rather call people sexist, racist, and intolerant than have a legitimate conversation about something. If you want to donate money to Colin’s new venture, his project is called Colin’s Last Stand. You can donate at Patreon.com and follow him on Twitter (@notaxation). Colin might be leaving his friends at Kinda Funny and moving to Los Angeles, but he’s still very much alive and more relevant than he’s ever been before.