Savage vs. Steamboat, Undertaker vs. Michaels and YOU decide the Greatest Wrestling Match of All Time…

It was a moment frozen in time for many wrestling fans. A match so good it has stayed firmly embedded within the memories of those who fondly look back upon the history of the squared circle and remark about how well an event of this magnitude has stood the test of time. Whether the bout took place this past weekend or 100 years ago, it seems anyone who has followed the crazy world of professional wrestling long enough has that one special match that holds a special place in their heart like no other. So when asking those who know this profession best what they believe is the greatest of them all even the answers themselves widely varied until two matches rose above the rest to place themselves at the top of the heap among wrestling purists.

Panoramic views of the gigantic crowd at the Pontiac Silverdome in Detroit, Michigan the day of March 29, 1987 for Wrestlmania 3 were simply breathtaking. For many it was the first time they had seen such a crowd of its size, rumored to be anywhere from 78,000 to the 93,173 reported by the then World Wrestling Federation (so let’s just for the sake of argument say it was “BIG”), gathered to see a professional wrestling event of that magnitude.  The Wrestlemania concept as the premiere sports entertainment extravaganza had just been born two years prior and due to meticulous booking and a “rock star” type of following for one Hulk Hogan that idea blossomed into a yearly mega-event that had already started its ascent as the year’s can’t miss showcase card. The “Hulkster’s” boom in popularity created a sensation rarely seen in the business and gave the impetus to come up with a challenge the WWF (now WWE) owner Vince McMahon felt would pack the stadium in droves. Hogan’s task was indeed a tall one as he faced no other than the legend known as Andre the Giant for the WWF championship. Sure, their monumental clash was indeed an epic one and it delighted the tens of thousands live and hundreds of thousands more on pay-per-view but there was one match that unexpectedly had fans, both casual and hardcore continually on the edge of their seat even more than the main event itself.

The conflict between Ricky “The Dragon” Steamboat and Randy “Macho Man” Savage had become ignited some four months prior as an Intercontinental title match between the two ended up with Savage committing “foul play” on Steamboat’s throat with the aid of some well-placed guard rails and compounding it with the dastardly act of a ring bell shot to the larynx. This “incapacitated” Steamboat’s voice (remember this is sports entertainment after all) who vowed revenge upon the cowardly deeds perpetrated by Savage culminating in a title re-match at the aforementioned Wrestlemania 3. As they faced off on that fateful night, the “Macho Man’ had been accompanied by his familiar valet Elizabeth and Steamboat by his “Elizabeth-enamored” friend George “The Animal” Steele, the world would be treated to astounding array of technical brilliance and in-ring story telling the wrestling world has rarely seen before and since.

Back and forth they went, one near pinfall attempt after another that kept the huge crowd firmly invested in the heightened drama of the match with each man taking the opportunity to showcase their skills that had both revered among their peers as two of the elite “workers” (wrestling talents) of that era. In the end with both so evenly matched it took the outside interference of “The Animal” to aid Steamboat as Savage attempted to repeat the same ring bell move as before for “the Dragon” to gain the upper hand and come out of long and hard fought battle victorious. When the three count was made the large crowd erupted with jubilation with many claiming at the time it was the best wrestling match they had ever seen. All these years later when questioning those who have witnessed thousands of matches since what was the one bout to withstand them all for many it was that classic from Wrestlemania 3 that continued to stir the favored emotions even some time.

That is until 22 years later when once again a Wrestlemania was the scene for what others described as they greatest match they have ever seen. It was again a battle of two of the best grapplers in the world as “The Heart Break Kid”  Shawn Michaels set out to end the myth of The Undertaker and snap his Wrestlemania undefeated streak which at the time firmly stood at 16. The impressive list of those he had defeated along the way was an impressive one as wrestling notables such as “Nature Boy” Ric Flair, Triple H, “Sycho” Sid Vicious and Jake “The Snake  Roberts among many others had all felt the wrath of the “Dead Man”‘s winning streak as he looked to continue his march with a victory over the four-time WWF champion in front another packed house estimated around 70,000 at Reliant Stadium in Houston, Texas.

Such as the other bout that has been highlighted the back and forth between the two created a magical atmosphere that would be difficult for virtually any other bout to match. As the two combatants went after each other for over thirty minutes they did so with a myriad of thrills and excitement that was blended in beautifully and executed with brilliance by the two even well into the careers bringing out the best in each other’s wrestling game. For many who were watching it seemed at many given points like an almost certainty that the Undertaker’s hallowed streak would come to an end. In the end it was Michaels who succumbed to a second Tombstone Piledriver who took the loss which kept Undertaker’s streak going as he would continue to lay waste to Wrestlemania opponents for another four years. The match won a multitude of awards in 2009 but its continued prominence has been clearly held high by those favoring it as their match of choice on an all time scale.

There are so many matches that could have easily fit the bill as the one considered to be the cream of the proverbial crop. But let’s give some love to the following matches considered by many who already weighed in with their vote:

But the debate on what the greatest wrestling match will continue on until deciding members of the reading audience such as yourself get to lay in with thoughts on this hotly debated category. So what say to those out there reviewing this article who if you have come to this point must have a genuine affinity for the pomp and circumstance only the world of professional wrestling could afford. State your feelings in the comment section below and end this stalemate between these two fiercely combated contests and  help determine what truly is the greatest pro wrestling match of all time as when the dust clears and your voices have spoken a clear winner will emerge and this article will be amended to reflect who that ultimate victor would be. Tell us what pro wrestling match has stirred your soul like no other and remains in your thoughts as the best of the best. I’m pretty sure you’ll be glad you did.

Thanks to all who voted in a category

(Please check out all of their awesome programming): 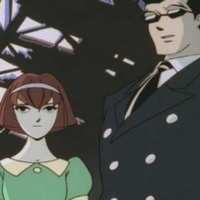