After years of gloom, the Los Angeles Lakers start their 2017-18 season with the appearance of gaining some traction on the rest of the NBA’s power teams. Three first-round draft choices give the team a chance to infuse some sorely needed young talent to develop into something that is hopefully more substantial. The persistent rumors of Paul George and LeBron James taking their talents to Hollywood have also kept the fans‘ anticipation at a fever pitch.

Sure, the team’s off-season included a variety of noteworthy events including the tampering scandal that cost President of Basketball Operations Earvin “Magic” Johnson $500,000. The drafting of guard Lonzo Ball with the #2 overall pick could provide the Lakers with another “Magical” player with a court vision and skill to make his teammates better. The drafting of Ball, however, comes complete with the promotional circus that accompanies him in the form of his family and its BBB brand. But as they say, talent USUALLY triumphs over all.

One thing is for certain when it comes to the outlook of the Los Angeles Lakers this season. With a team that has not come even close to sniffing the playoffs in years, there are plenty of players with something to prove. Fellow rookie Kyle Kuzma also has been playing this summer like he has a chip on his shoulder. After being selected with the 27th pick, Kuzma‘s efforts during the past few months have showcased a determination to prove his worth was much higher. His sterling effort in the NBA Summer League and preseason has many wondering if the rookie who will have a better season might just be him instead.

The holdovers on the team have suffered through what many are calling the worst period in history for this storied franchise. Forward Julius Randle has shown spots of brilliance over his short NBA career but those brief glimpses have not been enough to earn an extension from the Lakers. With free agency coming after the season for him, look for him to play like he’ll be expecting a big payday from an NBA team next June. If his season goes well, this could also be an intriguing bargaining chip for the Lakers to utilize before the trade deadline.

Earlier this year, Magic emphasized forward Brandon Ingram’s progression being a key to the team’s future success. His emphasis on this has included him mentioning that Ingram would be the only player on the team not available for trade. Ingram needs to set out to prove this justification by the team and become the player everyone hopes he can be. Ingram recently spoke to ESPN with the assertion that “I know I am going to be a great player in this league.” With forward Larry Nance Jr., guard Jordan Clarkson and center Ivica Zubac, they need to prove they can become reliable role teammates. Players who can consistently perform on both ends of the floor and not become an afterthought in the team’s future.

Filling out much of the rest of the roster are veterans with possibly the most to prove this year. While the others mentioned have the advantage of youth on their side, for others, they’re clearly looking at a “make or break” season. Players such as center Brook Lopez, who must remain healthy so he can prove he can still be an elite big man with surprising three-point range. Guard Kantavious Caldwell-Pope, needing to shore up his offensive deficiencies in order to become a better all-around player. Don’t forget veterans Cory Brewer and Andrew Bogut who are looking to prove to other NBA teams that they still have something left in the tank. All these players have contracts ending this year so it is paramount for them that they play at an acceptable level. Their performance this season will go a long way in determining what type of NBA future they still have left.

So what does this mean for Lakers’ fans? Las Vegas casinos are projecting the team at around 32-33 wins, which would be a progression from last season, albeit a slow one. With so many players having a great deal to prove, an improvement to 40 victories is not out of the realm of possibility. The Lakers are now at a point with their franchise where they’re seeing a bit of light at the end of the tunnel…even if they’re not quite there just yet. 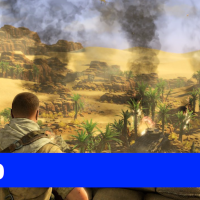