With the progression of video games over the last forty years, many new styles, formats and genres have popped up and been developed that have changed the way we interact with our gaming entertainment. But as new advancements take place, such as the way of things in life older more traditional styles of gameplay often get pushed to the side and forgotten about, only to be resurrected again in a sweeping sense of nostalgia. That time has come for old school beat em’ ups of the past as there have been a slew of games devoted to the 8 and 16-bit era that have been released in recent years that try to give those playing a sense of what it was like for those of us who challenged our way through game after game only to head to the local game store to buy more. While many have proven to be not up to par with the sense of wonder and simplistic joy those games in the past offered which can lead to a disconnect among modern players, Coffee Crisis (Qubic Games, Mega Cat Studios, MSRP $9.99) aims to set the (beverage) bar higher with a different approach blending (coffee?) modern concepts into proven gaming themes.

An alien race only known as the Smurglians descends upon Earth to wreak havoc upon its inhabitants. Are they on an evil quest for world domination? Perhaps. But along that path, they have become consumed with an aggressive push to acquire as much coffee, Wi-Fi and Heavy Metal music as they can. Their plans to take over the Earth seemingly can only be thwarted by two determined baristas, Nick and Ashley who were uprooted from a simple life at the Black Forge Coffee House and thrust into a heroic adventure to try and rid the planet from these alien hostiles. The game itself features many opportunities for powerups, special attacks, invisibility and melee weapons that can keep the alien horde at bay. But while Nick and Ashley come equipped to take on anything getting in their way (along with copious amounts of caffeinated courage), the Smurglians by no means provide any pushover as it mounts an attack force of epic (and unique) proportions.

The game itself, while representing the best of old-school gaming, like the best of its predecessors never takes itself too seriously with a storyline that can be a bit too wordy at times but still is charming enough while giving a nice backdrop for the oncoming onslaught that comes the player’s way. And what a variety it is that the Smurglians sned out to demolish our brave baristas as aliens with projectiles from their heads, bellies and while sitting in a wheelchair (ala Professor Xavier) offer a unique challenge to try and avoid, all while trying to get in close to perform that combo that will finish them off. Adding onto this are the scores of humans (and robot selves) who are mind-controlled by the aliens to finish off our heroes that can be in groups just as tough to get rid of, especially when merged together with a combination of both species. So look out for the brainwashed zombie-like senior citizens, country singers, security guards, cowgirls and old-school gamers who look to do harm because while this type of variance in characters mixes up the fun it does also make things perplexingly tough at times to progress forward. Especially considering the limited amount of lives and health that is provided in order to successfully progress through a campaign.

Staying alert to the surroundings, a keen sense of timing and trying not to get caught up in the line of fire or staying too long in one spot is essential for survival in Coffee Crisis.  Whether taken on alone or with a friend in local co-op, the game never ceases to be fun as an inexpensive, fun and quirky playthrough that manages to charm enough to want to go back to it again any time there is a need to scratch that old-school itch. Taking much of its inspiration from games like Double Dragon, TMNT: Turtles in Time, Final Fight 3, Streets of Rage 3 and others Coffee Crisis pays homage to all of these great titles while paving its own way through in this very challenging but rewarding nod to the beat em’ up genre. 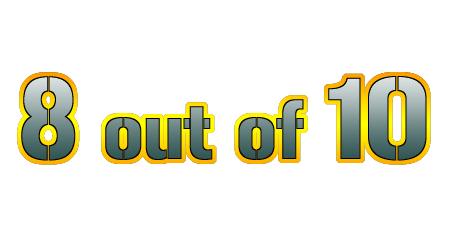