As wireless audio technology becomes smarter, smaller, and more refined, the options themselves seem to be almost limitless in supply. In recent months, we’ve had the opportunity to review headphones of almost all styles and sizes. But one form of audio headgear has eluded us until now, the wireless earbuds. That, however, has changed as the HELM Audio True Wireless 5.0 Earbuds (HELM Audio, MSRP $129.99) landed in our mailbox. And after extensive testing, the way we listen to audio just might never be the same.

Sure we’ve tested small earbuds from Audio-Technica, Decibullz, Echobox, OVC, and 1more among the numerous array of headpieces we have tried out over the years. Each of these options has had its own qualities that have endeared us in one way or another. But with Apple iPods and their like competitors all the rage, a set of wireless earbuds with a truly wire-free experience is fast becoming a prioritized feature for people on the go.

That’s where the HELM Audio earbuds come in. Yes, I am aware people love to reach for the known commodities already out there from Apple, Beats, Bose, and Sony among others. But given the chance to take a test drive with this set of earbuds, it looks like the David in this marketplace might be as good or better than any of these audio Goliaths.

Sporting an impressive array of features that would even make larger wireless headsets blush, HELM Audio’s offering has something for almost everyone when it comes to a portable experience. As it states in the marquee, the earbuds have been updated to the latest 5.0 Bluetooth technology. In other words, they have the capability to share audio with other headsets, transmit information faster and have an extended battery life due to its low power usage.

Gerald shares his thoughts on the HELM Audio TWS 5.0 Wireless Earbuds on our PCC Multiverse #144

Speaking of battery life (and with wireless products that is always of great interest), the aforementioned 5.0 allowed us to get over seven hours of continuous use on one charge. This compares favorably with many of the front line earbuds that occupy the same marketplace. Working in cooperation with the supplied case, if fully charged (which takes a little over an hour) ups the ante to well over thirty.

The earbuds themselves work in conjunction with each other via Bluetooth with microphones on each side that provide better clarity during calls than many other comparable options. Basic navigation through music and answering calls is done by pressing a button on the earpiece itself. Water and sweat-resistant, the TWS 5.0 provides a secure, snug fit that shuts out a great deal of the outside noise. But do all these nice features complement an audio experience worthy of your pocketbook (not to mention your ears)?

The answer to that is whole-hearted yes. Once synchronized, the earbuds provide immersion like few other audio headpieces (large or small) that have ever been provided to us. Music flows through the ears with deep bass, accentuated with non-obtrusive highs that provide an enriching, engrossing sound that awaits anyone who tries a pair of these on for size.

The HELM Audio True Wireless 5.0 Wireless Earbuds stand out among an ever-increasing glut of audio gear now available on the marketplace. It encompasses quality sound, portability, and quality all at an affordable price. Whether you want to find a set of earbuds for work, exercise, or just to relax there’s not much better out there to fit your listening needs. 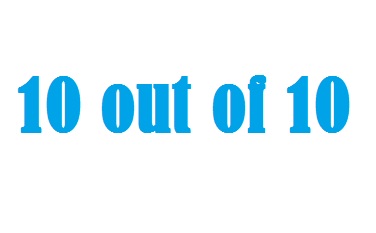 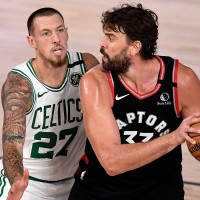