Last year, I started keeping track of all of the albums, television shows, movies, and video games I played over the course of the year. As I get older, I’m finding that I have less time to enjoy new media. It’s not because I’m not interested in it anymore. It’s just that I don’t have as much time to dive into the Internet to absorb it all, at least not as much as I used to. Thanks to Apple Music and YouTube, which always have recommendations, I’ve been able to catch up on a lot of great musical acts that I’ve missed. Keep in mind the following list is in no particular order, but I will start with everything that has been released in 2019. I hope you enjoy, and if you have any questions, feel free to send me an email at popculturecosmos@gmail.com.

I will gladly admit that this is the best album I have listened to all year. It is so full of  pain, emotion and honesty, that it’s hard not to feel it in your very core. Everything from the raw tones of lead singer, Tyler St. Clair’s voice to the euphoric notes hit by lead guitarist, Brett Chiodo is wonderfully done and passionately written. Everyone Around Me isn’t just an album about struggles, addiction, sickness and mental health, it’s a story that features different aspects of everybody. I can’t recommend it enough.

2. Bring Me the Horizon – Ammo

It seems appropriate that I follow up my favorite album of the year with my least favorite. Don’t get me wrong, I really appreciate all of the time and effort that goes into making music (especially entire albums), but this was an album that I personally just didn’t need to listen to. I love Bring Me the Horizon, and I love how they’ve kept the metal/metalcore genre alive with their piercing screams, heartfelt lyrics, and melodic choruses, but this is a far cry from the days of Shadow Moses, Drown, and Can You Feel My Heart. Everything I loved about this band feels absent from this album, as they discarded their roots for electronic sounds and poppy lyrics.

3. Free Throw – What’s Past is Prologue

Free Throw is a band that I discovered this year, and exploring their musical catalogue has truly been life-changing. Never have I heard lyrics that resonated with me as much as theirs. As somebody who suffers from mental health issues, knowing that I’m not alone makes all the difference. Free Throw’s lyrics discuss mental health, anxiety, loneliness, and a whole lot of other things that people are terrified to talk about but feel on the daily. Their album ends with a song that says, “This house doesn’t have to be haunted anymore.” If that doesn’t cut straight to your heart, I don’t know what will. Also, they have songs named after Pokemon attacks. 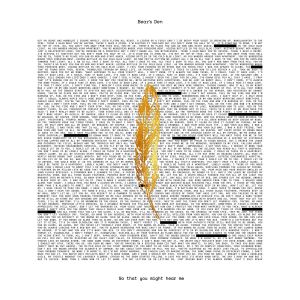 There’s a lot of solid music coming out of the United Kingdom these days. Out of all of them, Bear’s Den stands tall. While this is sort of a departure from 2016’s Red Earth and Pouring Rain and 2014’s Islands, it still takes everything that is so beautiful about their music and reinvents it into something that takes you on an emotional rollercoaster ride through the entire spectrum of what we never knew we were capable of feeling.

Thrice is one of the few bands that I started listening to as a teenager that I am still listening to today. In an era where old bands are constantly trying to reinvent themselves, Thrice is one of the few who have done it well. In fact, I would say that as I have matured, so have they. I feel like I’ve grown up with them, and they’ve grown up with me. While Deeper Wells isn’t exactly fresh material, being leftover tracks from Palms, it’s still a welcomed addition to a catalogue that only gets better. 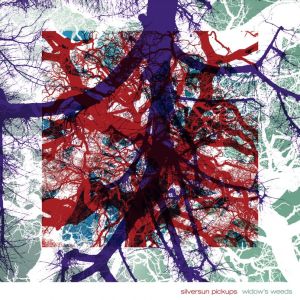 I feel ashamed to say this, but I wasn’t expecting this album to be good. While I was a huge fan of 2009’s Swoon, the followup to that album, Neck of the Woods didn’t make me feel the things I hoped to feel while listening to it. So, naturally, when I heard their latest single on the radio, I expected it to be more of the same. I was taking a drive one day, and I remembered this album was out, so I played it on Apple Music, and I was pleasantly surprised. The rawness of Swoon was back, but there was something else within, something nostalgic, but at the same time, something new. Widow’s Weeds is an amazing return to form for Silversun Pickups, and I would say that they’re growing in the right direction.

This one isn’t technically a 2019 album, and it’s made up of songs left off of the album originally released last year. However, it’s still very good. Even with the additional tracks, In Our Wake is a solid album that brings back everything I love about Atreyu, while still introducing that growth and maturity that very few metalcore bands are capable of doing. If you haven’t had a chance to pick up In Our Wake, you’re missing out.

8. Slipknot – We Are Not Your Kind

Slipknot is a band that appears to have aged backwards. Don’t get me wrong, I am stoked that they’re still around and still doing their thing in 2019. However, where 2004’s Vol. 3 (The Subliminal Verses) and 2008’s All Hope is Gone showed just how much Corey Taylor (and I assume the rest of Slipknot) had grown since the days of their self-titled album and Iowa, everything that’s followed has been a slow regression back into the band they used to be. I know a lot of people love that, because they don’t like change, but a band can only make the same album for so long. After having listened to We Are Not Your Kind from start to finish, I will say this, it is a great representation of the journey that Corey Taylor has been on. I admire the honesty about his struggles with mental health, depression, suicidal feelings, and the all around darkness that he’s danced with for most of his life. That being said, perhaps the fact that I’m not a huge fan of this album represents my tastes in music maturing beyond that of my former, eighteen year old self.

It took them eleven years, but Maynard and the boys are back, and oh how wonderful it has been. Being a TOOL fan is like being the only kid in class that understands a math problem, while everybody else struggles to get it. There’s so much more to it than formulas and what you might find on the surface. Fear Inoculum is a masterpiece in the vein of which only TOOL can create. A lot of people have been somewhat critical of it because it’s not as loud or hard as 10,000 Days, but give it a few listens . . . you might change your tune.

I almost didn’t listen to this one. While I didn’t dislike Blink 182’s last album, and I am a fan of Matt Skiba, who does an excellent job of filling the shoes of Tom DeLonge, I wasn’t exactly thrilled at the prospect of diving back into another Blink 182 album. Again, I like them, but I wasn’t in a hurry to hear new material from them. When I started the album, I was expecting more of the same . . . but every track on NINE completely surpassed my expectations. What’s different about this album? Everything. It still has that Blink 182 feel, but the music is harder and more refined than anything Blink 182 has ever done. It might not have made it into my top five, but it certainly is a great album worthy of your time.

Speaking of top five albums, Jimmy Eat World’s Surviving is nestled safely into the number two spot on my albums of the year. Of all of the bands to be birthed in the ’90s Jimmy Eat World has remained the most consistent, while still managing to bring a fresh sound to everything they make. Surviving is an album about things that only people who grew up in the ’90s would understand, but with a modern edge that makes you want to stand up on a chair and sing at the top of your lungs. 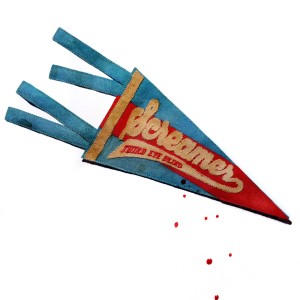 On the opposite side of Jimmy Eat World’s Surviving is Third Eye Blind’s Screamer. As I mentioned earlier, I appreciate music and the effort and talent that goes into making it, but this was hands-down the worst album I’ve listened to, ever. The days of Jumper, How’s it Going to Be, and Semi-Charmed Life are long gone. Third Eye Blind has reached the ledge at last . . . and they didn’t step back. Screamer is an album that has replaced most of the power chords and heart felt lyrics with electronica and swearing. I guess that’s what they thought they needed to survive in 2019. There’s a wise old saying that goes, “Remember me for what I was, and not what I am.” That’s how I’ll be remembering Third Eye Blind. 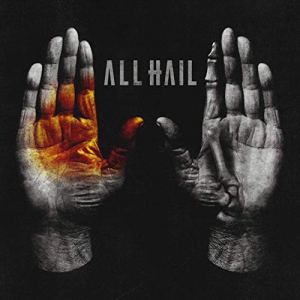 Much like Thrice, Norma Jean is a band that I have enjoyed since their debut album. Norma Jean’s theological messages mixed in with brutal and honest thought have been a  staple of their music since they first exploded onto the scene in 2001. With each album, they’ve incorporated new styles and new lines of thinking. While 2010’s Meridional is still my favorite album, this year’s All Hail stands a titan in a music scene that’s been slowly fading since the mid 2000’s. Despite all of the controversy surrounding this album and the lines of thinking it challenges listeners to explore, it’s a Norma Jean album tried and true. All Hail is a sleeper hit that you don’t want to miss out on.

14. Flatsound – Somewhere in the Distance, Somewhere Toward the Mountains 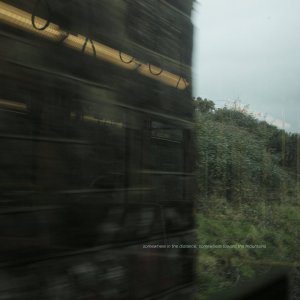 Have you ever listened to an album, and it spoke to you? It’s like you were meant to find it at the exact moment you needed it. For me, Flatsound is the soundtrack to every pivotal moment in all of our lives. Somewhere in the Distance, Somewhere Toward the Mountain isn’t an album with words, like most of his previous releases. In the ambient noise that is this album, you don’t need words. You write the songs in your head as it plays. It’s like the album is written for you. It’s yours.

As somebody who has always enjoyed a tasteful blend between instrumentals and lyric-led music, I find myself oddly enamored by Sullen Brothr, much in the same way (I imagine) you look out into a sunset and you know it’s beautiful, but you still spend minutes or hours wondering why. As a post-rock band, Sullen Brothr has their hands full. Where most bands have the assistance of lyrics to help you feel their music, Sullen Brothr has only the ambient sounds of their guitars and drums to make you feel . . . and feel you will. Every track cuts right to the core of your emotions and echoes like a siren song, drawing you towards thoughts you might have discarded long ago, or perhaps, never bothered to think about. The album 1967 is the tale of all of us. It’s written for your story . . . no matter what that story might be.

Here is a list of everything I’ve listened to that wasn’t released in 2019. 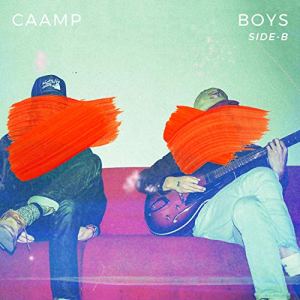 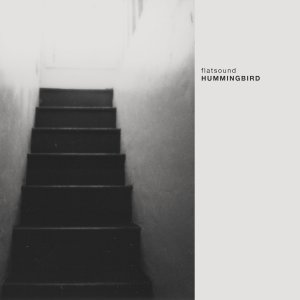 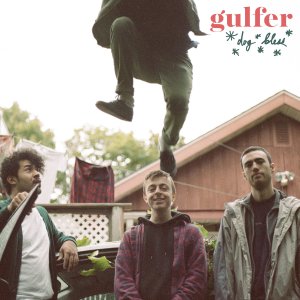 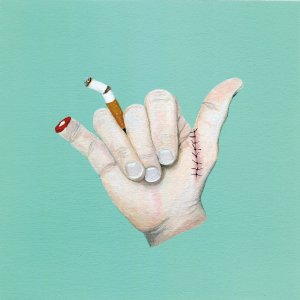 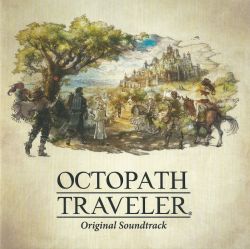 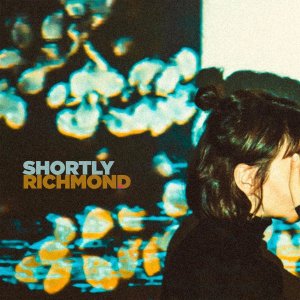 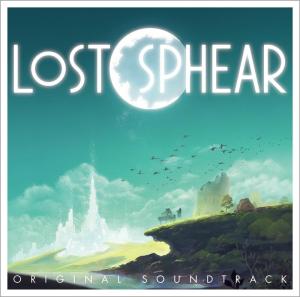 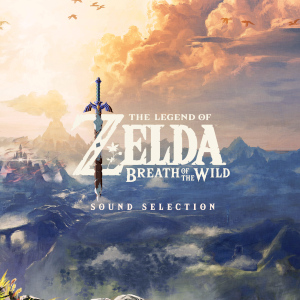 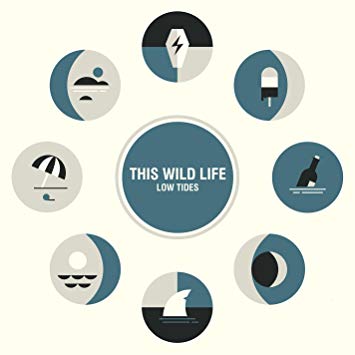 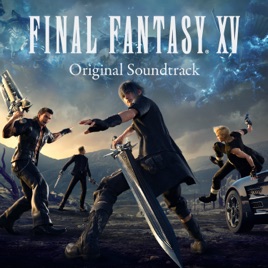 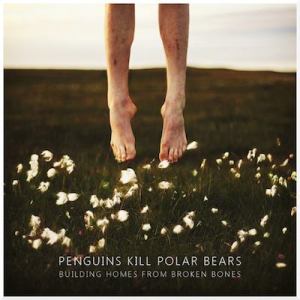 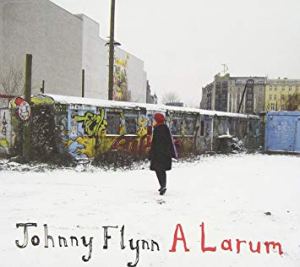 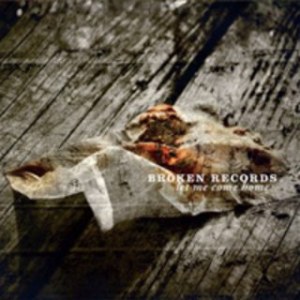 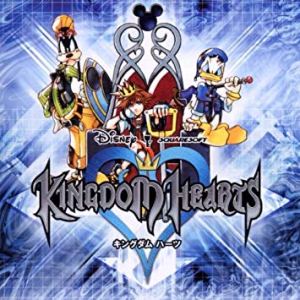