89. Watchmen (2009, Warmer Bros./Paramount, 163 minutes, directed by Zack Snyder)- Zack Snyder’s vision of the comic book superhero team, none of whom quite frankly ever approaches the “superhero” moral status.  The movie takes a long deep dive into this alternate view of the world as the mystery of who killed The Comedian (Jeffrey Dean Morgan) leads into a larger plot involving the Cold War, nuclear destruction, and the manipulation of an almost-omnipotent being in Dr. Manhattan (Billy Crudup). Snyder’s portrait of this film is dark, ugly, and without almost any redeeming qualities. Yet the film has found its fans in the years following its release and an HBO hit series that has people comparing the styles of the two to see which one they enjoy the most.

88. Aliens (1986, 20th Century Fox, 137 minutes, directed by James Cameron)- For many, the buck stops here with this first sequel in the Alien continuum. While Ridley Scott’s original scary gorefest resonated with so many, it took Cameron’s vision of where the series could go before it could truly be confirmed that this went from a small-budget movie success story to a sci-fi horror franchise for 20th Century Fox. The return to the moon LV-426 to search for the survivors of the colony Hadleys Hope for our hero Ripley (Sigourney Weaver) brings once again the familiar theme of systematic killing by the alien Xenomorphs. Accompanied by a crew of marines (headed up by Michael Biehn and Bill Paxton) and a self-serving businessman (Paul Reiser) with nefarious plans of his own, Ripley’s best intentions are constantly undermined throughout the movie as she must find a way once again to escape almost certain death. The movie is lighter in tone but not in the action or horror as Aliens does so many things well in equating itself with its predecessor. 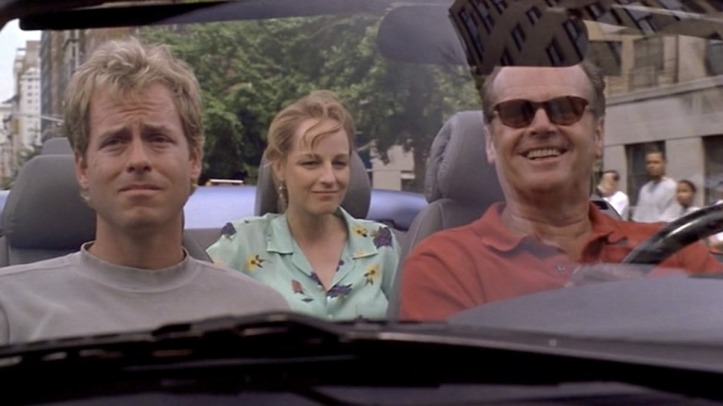 As Good As It Gets (Sony/Tri-Star)

87. As Good As It Gets (1997, Sony/Tri-Star, 139 minutes, directed by James L. Brooks) – With one of the better portrayals of an obsessive-compulsion disorder this side of Tony Shaloub’s Adrian Monk, Jack Nicholson plays a self-centered, troubled romance novelist who knows in real life more about insulting one-liners (including some of his most memorable) than he does about finding true love. While much of the dialogue and film itself centers more around (Nicholson) than it does his character, it is one of his best “Jack playing Jack” performances. But even with an outdated portrayal and language towards the homosexual community (in this case, played by Greg Kinnear and Cuba Gooding Jr.) that would not fly so well with today’s audiences, it is the character of Carol (Helen Hunt) that ties everything together. Despite the constant insults, degradations, and obvious great age difference between the two, Nicholson and Hunt somehow manage to pull it off. And in the process are the last leading Actor-Actress duo to both earn an Oscar in the same film. 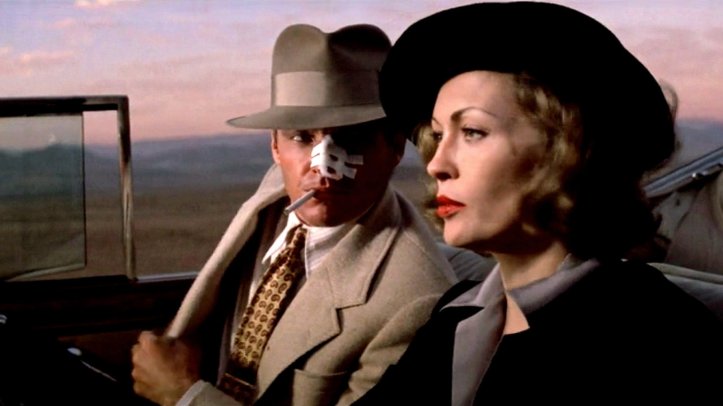 86. Chinatown (1974, Paramount Pictures, 131 minutes, directed by Roman Polanski)- Part two of our tribute to all things Jack Nicholson has the iconic actor playing a hired detective who’s caught in the middle of a web of deceit, danger, and deception. The movie delves into the battle for water in 1930s Los Angeles, and all the different forces, both lawful and unscrupulous, trying to get their share of the control. Roman Polanski’s vision of that time period provides needed clarity to the movie but clearly the focus centers around Nicholson and when it does it makes for an interesting view of that era. 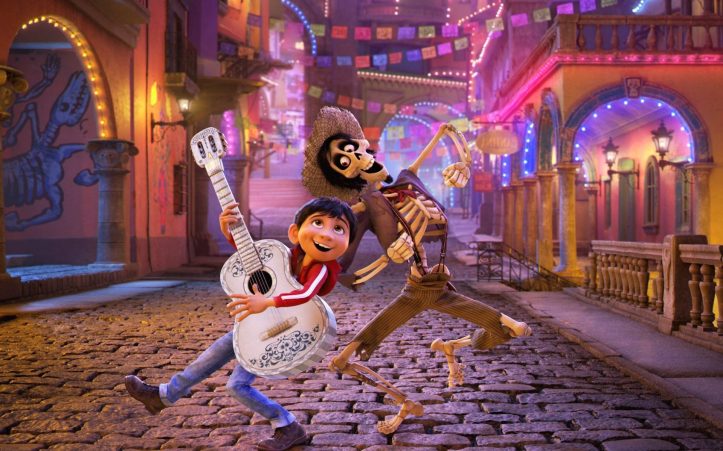 85. Coco (2017, Disney/Pixar, 105 minutes, directed by Lee Unkrich)- When it comes to Pixar and their line of films, everyone seems to have their favorite. Whether it’s one of the Toy Story movies, Incredibles one or two, Inside Out, Up, or any of the other great movies the studio has put out, there’s always a classic that many people will become a fan of. Pixar’s outstanding tribute to Mexican culture centers around a boy who is willing to follow his heritage and dreams of becoming a successful musician, even if that means venturing into the Land of the Dead to understand more about both. Buoyed by a beautiful story and filled with an array of inspirational songs that both melt the heart and provide true joy, Coco is one of those films that follows the patented Pixar formula to great success.

84. Darkman (1990, Universal Pictures, 96 minutes, directed by Sam Raimi)- Who would have known Sam Raimi’s trial run for the Spider-Man movies would include not one, but two future Academy Award winners (Liam Neeson and Frances McDormand). This tale of both heroism and anti-heroism centers around a scientist Dr. Peyton Westlake (Neeson) whose work on developing skin for burn care victims gets upended by gangsters looking for valuable evidence his attorney girlfriend (McDormand) left behind. The bad guys blow up the research lab with Westlake in it seemingly killing him off but he survives only to become horribly disfigured and lose all sense of pain and feeling. Raimi’s direction then portrays the downward spiral Westlake takes in his plot to seek revenge through temporary masks that both come to define who he once was and who he has become. Throughout the film, we get those familiar staples we have come to know and appreciate when it comes to Sam Raimi’s imagery, his imagination, and his penchant for dark humor. It ‘s a movie about lives lost, a love never regained, and the bittersweet road to revenge. throw in a Bruce Campbell cameo and what do you have? A taste of what was to come for those who appreciated his work a little over a decade later in Spider-Man.

Drag Me To Hell (Universal)

83. Drag Me To Hell (2009, Universal Pictures, 99 minutes, directed by Sam Raimi)- Our Sam Raimi tribute continues with this Evil Dead-inspired (and later admitted to being connected with) horror movie about the perils of a curse and those who are cursed by it. A loan company employee (Alison Lohman) has her life turned upside-down when she denies extending a home loan for a gypsy, who in turn casts a dark spell of evil upon her. The ensuing desperation by Lohman’s character Christine to get rid of this curse and the lengths she goes through during the film to do so, blends in the very horror and black humor influence Raimi has been providing audiences for years. The only thing missing for Raimi fans is…dare we say it…a Bruce Campbell cameo (only his car appears instead).

82. Fantasia (1940, Walt Disney Pictures, 126 minutes, directed by Samuel Armstrong, James Algar, Bill Roberts, Paul Satterfield, Ben Sharpsteen, David D. Hand, Hamilton Luske, Jim Handley, Ford Beebe, Thorton Hee, Norman Ferguson, and Wilfred Jackson)- Disney’s animated/live-action musical adventure has stayed in the memories of fans all over the world for eighty years. This set of eight segmented scenes set to orchestral music delighted audiences back in the 1940s, which helped set the stage for Disney to become an entertainment powerhouse with one of the very earliest success stories. Punctuated with the Mickey Mouse-driven The Sorcerer’s Apprentice, Fantasia is a continual reminder (even now on Disney+) of how the magic of Disney can continue to inspire, now and in the years to come.

81. Goodfellas (1990, Warner Bros., 145 minutes, directed by Martin Scorcese)- Martin Scorcese’s films are in many cases considered classics. He will certainly go down in cinema history as one of its finest directors. Goodfellas, even with all that into account, has to be considered one of his top works of art. this quintessential mafia film follows the career of Henry Hill (Ray Liotta) as he rises within the ranks of organized crime. Anchored from outstanding performances from Liotta, and familiar mob movie stars Robert DeNiro and Joe Pesci, this ode to the mafia way of life serves as one of the genre’s and Scorcese’s best.

80. Green Book (2018, Dreamworks/Universal Pictures, 130 minutes, directed by Peter Farrelly)- This Academy Award-winning autobiographical film follows the path taken by jazz pianist Don Shirley (Mahershala Ali) and his driver/ bodyguard Frank “Tony Lip” Vallelonga (Viggo Mortensen) in the early 1960s. Together they navigate through an eight-week concert tour through the Southeastern portion of the United States referencing the aforementioned “Green Book” which served as a guide for safe travel destinations for African-Americans. Where this movie shines is not in its destination, but in the journey itself, as Ali and Mortensen are given the opportunity to showcase their great acting skills. While the movie has had its share of controversy, it doesn’t detract from the powerful message the film gives in describing human cruelties within our culture that existed then and still even to this day. A message of how a bond of respect and friendship between different races could (and still can) rise above it.

You can listen to the audio form of this list on the PCC Multiverse #174 right HERE. Check out our next list of films here at popculturecosmos.com or on episodes now available on-demand on the Pop Culture Cosmos channel wherever you get your podcasts! 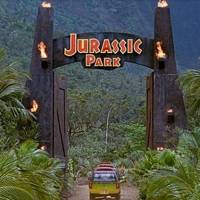