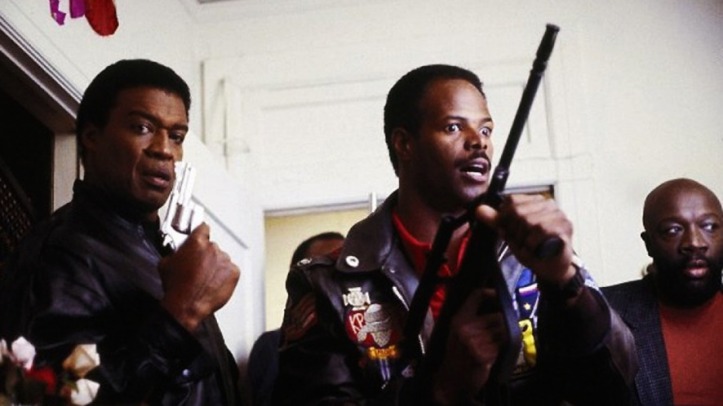 79. I’m Gonna Git You Sucka (1988, United Artists, 89 minutes, directed by Keenen Ivory Wayans)- A tribute to blaxploitation films of the 70s, this laugh out loud comedy showcased the skills of the Wayans family, who became a force in Hollywood with several following movies and the well-loved tv show In Living Color. The story of a returning soldier (Keenen Ivory Wayans) whose return due to his brother’s death leads to a confrontation with organized crime for the battle of the neighborhood. Wayans’s direction and “wink at the camera’ style of comedy in this film made amusing and poignant notes about Hollywood tropes and race relations that in many ways still resonates to this day.

78. Inception (2010, Warner Bros., 148 minutes, directed by Christopher Nolan)- Christopher Nolan’s mind-bending movie, about a team tasked with infiltrating layers of the subconscious in order to get valuable information, proved to be a landmark achievement in the film upon its release. While the plot itself about corporate espionage of a different realm holds together relatively well, especially when things do go so right for the team, it is the spectacular visual effects that amaze the audience and has us invested in how much deeper the team can go. When the story shifts to the personal struggles of the team’s leader (Leonardo DiCaprio), the movie finds a unique balance in how it portrays the psyche of a man looking into his own reality as he is tasked at the same time to infiltrate someone else’s dreams. 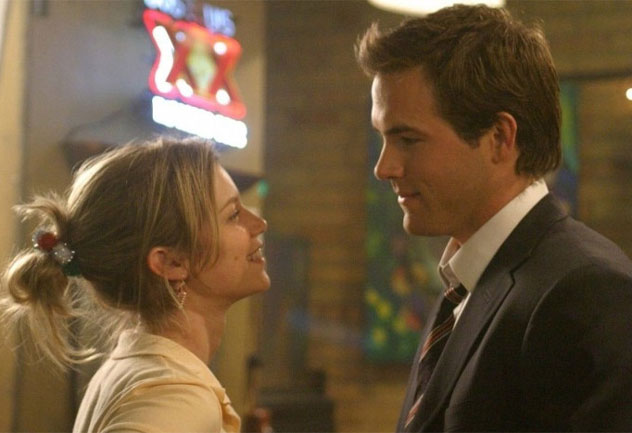 77. Just Friends (2005, New Line Cinema, 94 minutes, directed by Roger Kumble)- Ryan Reynolds had yet to hit his Deadpool high as of yet (that was still ten plus years away) when this movie hit theaters. But this film, which has Reynolds rediscovering his past feelings for an old high-school flame (Amy Smart) when he returns to his hometown, underperformed at the box office yet still managed to find an audience that appreciated the movie in the following years on home video. While it’s not the full-on wise-cracking foul-mouthed environment he feels most comfortable with, Reynolds still manages to find the right charm with Smart (and Anna Faris) to make this an enjoyable time reflecting upon the early career of who is now one of Hollywood’s biggest superstars.

76. Lord of The Rings: Two Towers (2002, New Line Cinema, 179 [226 extended) minutes, directed by Peter Jackson)- While Fellowship of the Ring gets the glory and The Return of the King gets all of the accolades when it comes to The Lord of the Rings trilogy, it’s the brilliance of The Two Towers that binds all three of the movies together in an exquisite way not seen since Star Wars: The Empire Strikes Back. Peter Jackson’s best direction lies within this film as it expertly navigates through the stories of Frodo (Elijah Wood) and Sam (Sean Astin) as they continue their quest to return the One Ring back to Mt. Doom, and the rest of the fellowship in their commitment to their friends and fight the evil forces of Sauron. This movie is tasked with so much more to explain and delve into but never ceases to become confusing and disorienting while doing so. Truly one of the greatest part twos ever brought onto cinema, The Two Towers stands as an achievement that like Empire tells an outstanding narrative while enhancing the overarching story as a whole at the same time.

75. Naked Gun: From The Files of Police Squad! (1988, Paramount Pictures, 85 minutes, directed by David Zucker)- Who would have thought a canceled sitcom from six years prior would create a trilogy of comedy movies headed by this first film’s continual laugh-fest. The movie follows Lt. Frank Drebin’s (Leslie Nielsen) investigation into a potential assassination attempt on Queen Elizabeth by the manipulating evil mastermind Vincent Ludwig (Ricardo Montalbán). Drebin’s quest to thwart these maniacal plans takes him on a hilarious roller-coaster journey as he puts together the clues on who is behind it all and in the process falls head over heels for Ludwig’s innocent assistant Jane (Priscilla Presley). Considered by many to be one of the best comedies of the 1980s, Naked Gun’s legacy as comic standard that not only uses its plentiful sight and conversation gags to break down the fourth wall, it totally obliterates it.

74. Starship Troopers (1997, Tri-Star/Touchstone, 129 minutes, directed by Peter Verhoeven)- The now cult classic has a special place in the hearts of sci-fi fans with its campy story, intense visuals, and unique blend of messaging and action. Inspired by Robert A. Heinlen’s 1959 novel, the movie takes place in an alternate future where humans are at war with a legion of alien bugs that takes them to fight battles all over the galaxy after a destructive start to the conflict on planet Earth. Along the way, we follow a group of kids whose journey high school to the battlefield transforms them into a group determined to defeat the insects at any cost from both the ground and from space. What makes this film so interesting is how over-the-top and campy Verhoven’s direction takes the film from what could have been a mundane science-fiction flop to a fun, energetic popcorn flick. Along the way it sends continual messages about our society, government, and war which gives the film a well-rounded edge many other films in the genre do not have. Would you like to know more?

73. The Departed (2006, Warner Bros., 151 minutes, directed by Martin Scorcese)- Sporting one of the biggest A-list casts of any movie in the 2000s, this hard-edged drama from Martin Scorcese serves as one of those times when the movie lives up to the stature of the actors involved in it. Delving deep into the world of Boston law enforcement and organized crime, we follow the story of Bill Costigan (Leonardo DiCaprio) as he has to play a delicate balancing act between his undercover police officer work for mob boss Frank Costello, and his battles within the ranks of the department he’s working for. It’s a story of murder, betrayal, corruption, and violence but with actors like DiCaprio and Nicholson, along with Mark Wahlberg, Matt Damon, Martin Sheen, Alec Baldwin, Vera Farmiga and more pulling out great performances its no wonder that this film has earned the acclaim as one of Scorcese’s better films and finally brought him his elusive first directing Oscar.

72. The Thing (1982, Universal Pictures, 109 minutes, directed by John Carpenter)- John Carpenter directs one of his finest films in The Thing as an alien with the ability to replicate animals and humans terrorize a crew of American researchers (led by Kurt Russell) based in a remote station in Antarctica. This movie sends chills up viewers spines as Carpenter masterfully creates a science fiction/horror gorefest that like Alien was a film ahead of its time. Like many on our list, The Thing never found success when it came to its initial box office run, but it’s now fondly remembered and revered due to the second life that the film found on home video and cable television.

71. Y Tu Mamá También (2001, 20th Century Fox/IFC, 106 minutes, directed by Alfonso Cuarón)- One of the most emotional and touching foreign films that can be found, Y Tu Mamá También has achieved its notoriety by word of mouth and by having a narrative that holds up well, even almost twenty years later. The movie follows a road trip with two teenage boys (played by Diego Luna and Gael García Bernal) heading to the southern beaches of Mexico with an older family friend  (Maribel Verdú) that they both have a keen eye on. What ensues is a tale that blends romance, sex, drama, and heartbreak with the direction of the skilled Cuarón crafting everything together in a film that deals with the awkward “coming-of-age” scenario about as well as any film before it.

70. Army of Darkness (1992, Universal Pictures, 81 [88 international] minutes, directed by Sam Raimi)- Another one of Sam Raimi’s masterpieces, and arguably one of the best over-the-top performances for Bruce Campbell set the stage for a story that if you haven’t seen it, you may not believe it even if we told you. Playing the iconic “Ash” Williams, our hero gets transported back to a castle in the middle ages. With chainsaw in hand (actually arm to be exact) and a broomstick in the other, Ash sets out to rid the evil known as the Deadites and return, with his Oldsmobile Delta 88, back to the present day. It’s another one of the must-see works from Raimi as his favorite muse Campbell is put to great use and is no more heroic (and hilarious) than he is here in this action-horror-comedy flick. Get ready for the fun, the cheesy one-liners, and the crazy S-Mart ending as Campbell and Raimi proved that the Evil Dead trilogy could conclude on such an awesome note.