49. The Breakfast Club (1985, Universal Pictures, 97 Minutes, Directed by John Hughes)- When you talk to people about classic films, the odds are high that at some point they’re going to mention the John Hughes drama/comedy called The Breakfast Club. The film centers around a group of high schoolers all serving time in an all day detention at Shermer High School. The five students in attendance each come from different cliques. There’s Clair Standish the Snob (Molly Ringwald), Brian Johnson the Geek (Anthony Michael Hall), Andrew Clark the Jock (Emilio Estevez), John Bender the Punk (Judd Nelson), and Allison Reynolds the Kook (Ally Sheedy). What makes this film stand out besides the all-star cast? The Breakfast Club is a film that still resonates with modern audiences in subject matter and characters. It also has one of the greatest soundtracks ever made.

48. The Crow (1994, Miramax, 102 Minutes, Directed by Alex Proyas)- There are few films out there with the tragic reputation of The Crow. It’s also ironic that a film themed so heavily around death had an actual death happen while filming. The Crow stars Brandon Lee (the late son of Bruce Lee) as an avenging, supernatural hero and the protagonist, Eric Draven (also known as The Crow). The day before Eric Draven is due to get married he and his fiance are victims of a violent crime which ultimately costs Eric his life. It was that scene that ended Brandon Lee’s life as a prop gun was misfired, killing Lee eight days before filming ended. The film opened with big numbers and eventually built a cult following. Three sequels and a television series were made, but they’re not often talked about.

46. The Matrix (1999, Warner Bros., 136 minutes, Directed by Lana and Lily Wachowski)- One of the last great films of the 1900s, The Matrix offered unprecedented special effects that changed forever the way we look at movies. Using special “Bullet Time” technology, the film was able to enahnce the universe by slowing down and/or freezing images around the characters in order to portray and significatly different world from our own. Based in a time after computers had taken over, the machines themselves created a dream world for humans based in modern day in order to use them as a continual food supply. The only hope for humanity lies within “The One” (Keanu Reeves) and a small team of supporters (including Lawrence Fishburne and Carrie Ann Moss) as they battle the evil Mr. Smith (Hugo Weaving) in this computer generated world in this action-packed film which set the standard for quality special effects driven films for the next century.

45. The Social Network (2010, Sony Pictures, 120 minutes, Directed by David Fincher)- Outlining the beginnings of social media behemoth Facebook, the movie provides a look at how fascinating the rise of the .com’s can be. Fincher’s vision is remarkable in telling the story of a brash, brillaint, impersonal, insensitive, driven, an insightful college student-turned-entrepreneur Mark Zuckerburg (Jessie Eisenberg) turned a college websire spawned from a broken heart into one of the greatest tech stories ever told. Serving as part narrative on the process of innovation and part warning on the dangers of excess, The Social Network stands as a brilliant film that provides a unique look at the things that shape us today, where it cam from, and where it might lead us in our world tomorrow.

44. Yojimbo (1961, Kurosawa/Toho, 110 minutes, Directed by Akira Kurosowa)- One of the leading visionaries of his time, Kurosawa has a defining legacy of brilliant films on his ledger. But this film, which follows the path of a mysterious drifter (Toshiro Mifune) whose warrior skills are put to the test as he gets entagled in the middle of a gang war to fight for peace in a small Japanese town in the 1800s marks one of Kurosawa’s finest efforts. This film has served as inspiration using the “mysterious stranger saving the day” scenario for many movies since including several of the spaghetti westerns such as A Fistful of Dollars and more which cements Yojimbo’s place as an instrumental moment in movie-making history.

43. 2001: A Space Odyssey (1968, MGM Studios, 142 minutes, Directed by Stanley Kubrick)- Haunting yet beautiful, this Stanley Kubrick masterpiece is considered by many to be one of the most influential films of all-time and one of the greatest of the science-fiction genre. On the very surface, the film details the space exploration of Jupiter after the discovery of an ancient alien monolith, but the movie itself is more of starting point for numerous avenues of topical discussion and debate. Its themes of spirituality, technology, theology, and exploration have been debated in various circles for decades while the stunning cinematography, unforgettable symphonic score, intuitive special effects for its time, and unique conflict (for then) between man and machine (the now infamous HAL9000) has allowed 2001: A Space Odyssey to leave an indelible mark on movie lore and firmly entrech itself as a benchmark for cinema forever.

42. City Lights (1931, MGM Studios, 87 minutes, Directed by Charlie Chaplin)- When looking back upon Hollywood’s past, one cannot ignore the great contributions made by Charlie Chaplin. As a do-everything movie superstar of the silent film era, Chaplin amazed audiences with his brilliant grasp of style, grace, emotion, and comedic timing all without uttering a single word in the vast majority of his films. Playing his lovable “Tramp” character he was often referred to in his movies, Chaplin weaved a love story with a tumultuous friendship as his life cross paths betwen his affection for a blind woman and continually perplexing association with a millionaire. Hilarity and craziness ensues yet City Lights is so revered due to it being grounded by an enthralling love story no matter what chaos is beset on Chaplin’s character himself. City Lights serves as a reminder of Charlie Chaplin’s true talents and what his years of work in an era gone by did for millions around the world who thoroughly enjoyed his work.

41. Heat (1995, Warner Bros., 170 minutes, Directed by Michael Mann)- Heat will always be remembered as one of the best crime films of the 1990s. Following a set of robberies from both the criminal gang’s perspective and the LAPD task force designed to stop them, Michael Mann utilizes his best attributes in creating a sense of style only he could create while allowing a top tier of actors to fill in the substance in this action thriller. Al Pacino, Robert De Niro, Val Kilmer all bring out a high level of intensity while Mann shapes the film with his now infamous Miami Vice–inspired visuals and score that garners this film as perhaps his best directing effort ever. Capped off by one of the most thrilling gun fights in cinema history, Heat is an enthralling tale of those who have a chance to move on to better their life, yet the worlds which they’re so accustomed to won’t let them go and becomes their undoing.

40. L.A. Confidential (1997, Warner Bros., 138 minutes, Directed by Curtis Hanson)- A captivating crime drama set in 1950s Los Angeles, L.A. Confidential outlines the conflict between the crime world and the police and the often blurry grey lines that belnds in within them. Featuring a star-studded cast of Kevin Spacey, Kim Basinger, Russell Crowe, and Guy Pierce among others, the film’s greatest strength is Hanson’s vision of Los Angeles in that period and the great impression of 1950s stylistic noir that it had in his direction. The film scored nine Oscar nominations in the year following its release, and it is easy to see why as the movie’s ideals on the rising growth of Hollywood at that time influencing many aspects of the city creates a deep, enrinching narrative for those willing to invest their time in looking back upon that era. 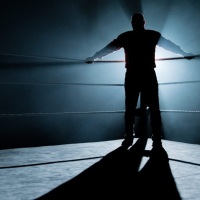 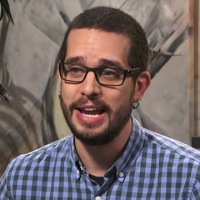